Dragons Swimming Club is widely recognised as one of the leading clubs in the province and across South Africa. It operates as a registered swimming provider across water safety and “learn to swim” initiatives as well as coaching and competitive training. With affiliations to Central Gauteng Aquatics (CGA) and Swimming South Africa (SSA), the club has, since its inception, continued to grow from strength to strength producing a continuous pipeline of national and provincial swimmers each year. 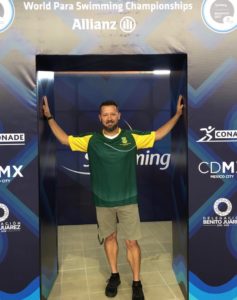 Under the leadership and vision of Head Coach Theo Verster, one of only four level 4 accredited coaches in South Africa, the club is set up to cater for swimmers of various ages and levels of ability.

We have had several high-profile swimmers move through the Club under the training and coaching of Theo, himself a former Olympian at the 2000 Sydney games.

Dragons Swimming Club was founded in 2004 under the name of Bishop Bavin Seals by the head coach, Theo Verster. At the time the Club trained at Bishop Bavin School in Bedfordview.
In 2010, the Club moved to St Andrew’s School for Girls in Bedfordview. In May 2011, the building of the new Aquatic Centre was completed and we officially moved across to the stunning facility where the main squad trained. In 2017 the name of the Club officially became Dragons Swimming Club which it now operates out of the above mentioned facilities. In the same year, Dragons Swimming Club and The Swim Squad joined in partnership which saw Theo Verster and Alex Waldauer become partners.

In 2020 we saw a further development in partnerships whereby Dragons, Swim Squad and Swim Waves formed a three-way partnership which brings about an even greater service level of LTS, Stroke Correction and Squad based training.